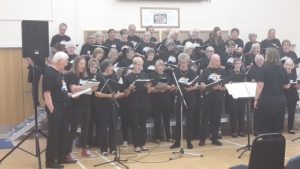 You don’t have to be a great singer! You might think you can’t sing at all! You don’t need to read music! You just need to give it a try. Singing is very good for you – and we will be generating a “feel good factor” at our rehearsals each week!

So how did it all begin?

Revd Steve had a dream one night and sat up singing, “Guide Me O Thou Great Jehovah!”, much to the surprise of his wife, Sarah! It was after he saw that captivating performance by Men Aloud on Songs Of Praise. At that moment he knew he had to start a community choir, open to all. 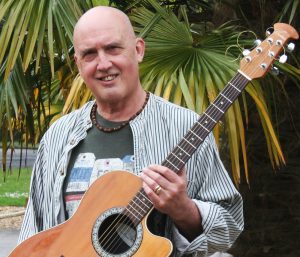 Over the last five years, Steve has launched five Community Choirs in West Sussex and they are now being run by his conductor, Emma Eberhardt. Now he has started two Community Choirs in our area, one morning choir at Quainton Memorial Hall every Friday morning at 10.00 to 11.30am during school term time and one evening choir in Waddesdon Methodist Church Hall on a Wednesday at 7.30 to 9.00pm during school term time. There is no charge, but we would ask for a donation each week to help cover the rental of the hall and running expenses. You can expect to be singing rock and pop classics as well as more traditional music together with soul and gospel. Songs like, “From Now On” and “This Is Me” from the Greatest Showman, “From A Distance”, Sister Act’s, “Joyful, Joyful”, Titanic’s, “My Heart Will Go On”, Abba’s “Mamma Mia!”, the Beatles, “Let It Be”,  classic Leo Sayer hits, “One Man Band” and “When I Need You,” and that musical classic, “Memory”. Other songs include, Jessy J’s “Price Tag”, U2’s “I Still Haven’t Found”, “One Love,” “Stand By Me,” “Somewhere Over The Rainbow,” “Time After Time,” and “Bridge Over Troubled Water.” We’ve had some controversial song choices too! Steve loved his arrangement of “Crazy Little Thing Called Love”, which included some claps and stamps (and not the postage kind!). Most other people in the choir just humoured him!

We are currently singing songs from The Greatest Showman, and classics such as “Africa” by Toto. Also a mix of traditional African songs and various other classics.